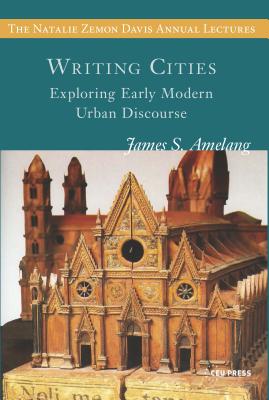 Only one out of every ten early modern Europeans lived in cities. Yet cities were crucial nodes, joining together producers and consumers, rulers and ruled, and believers in diverse faiths and futures. They also generated an enormous amount of writing, much of which focused on civic life itself. Yet despite its obvious importance, historians have paid surprisingly little attention to urban discourse; its forms, themes, emphases and silences all invite further study. This book explores various dimensions of early modern citizens' writing about their cities. First, the diverse social backgrounds of the men and women who contributed to urban discourse have very are highlighted. With regard to what they wrote, the book centers on what made for a beautiful city prior to the nineteenth century. The closing chapter looks at the dialogue as a literary vehicle particularly well adapted to discussing city life and culture. The author concludes that early modern urban discourse increasingly took written form--in addition to traditional oral discussion about cities a growing number of individuals began to write about them; that these writers saw their fundamental task as presenting a detatched description of cities and city life, task to be description; and while their dominant tone continued to be positive, over time a more detached and less judgmental (pro or con) mode developed alongside the traditional mood of praise.