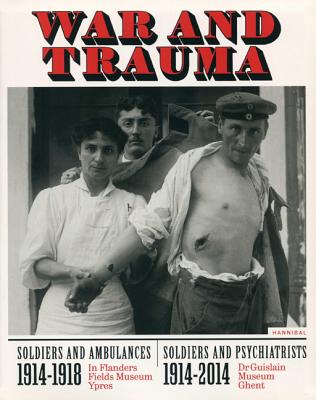 By Patrick Allegaert (Editor)
$45.00
Email or call for price

At the beginning of the war, not a single European army was prepared in any sense, to deal with the large numbers of victims in a humanitarian way. The firepower of the armies was increased, the defense reinforced, but victim care continued to lag seriously behind. Philanthropy, private initiative and the courageous efforts of many individuals had to make up for the failing medical care during the war. As the war progressed, medical care also developed and organization and relief improved. The greatest breakthrough was, however, the recognition - albeit reluctantly - of mental trauma caused by the war. During World War I, many soldiers fell victim to bizarre, anxious and disturbed behavior, which was sometimes referred to as "shell shock." The army commanders seemed reluctant to recognize a formal diagnosis, questioning whether men were really traumatized or simply cowards who were trying to stay away from the horrific and terrifying reality of the Front. Whereas in the early 20th century, the focus was mainly on the shock itself and the outward physical symptoms, today there is a far more in-depth exploration of the complex nature of the human reaction to extreme stress as a result of traumatic events, like war. There is a recognition of a deep, life-affecting condition termed as Post-traumatic Stress Disorder. This book is an emotive study of the suffering of war, which can be overwhelming. Offering both analysis and reflection, this intensely moving book looks at the way in which psychiatrists, reporters, artists and war photographers currently perceive and treat the psychological suffering, the often invisible legacy of those involved in war and human conflict.

Piet Chielens is co-ordinator of the In Flanders Fields Museum, Ypres, where he is also responsible for public activities. He is the author and co-author of several publications on World War I. Patrick Allegaert is the artistic manager of the Dr. Guislain Museum. He also teaches art and heritage policy at the Catholic College of West Flanders (Vives) in Kortrijk and cultural policy at the Erasmus College Brussels. He is the chairman of the Cultural Heritage advisory committee (Flemish Community) and of Theater aan Zee (TAZ) (Ostend).