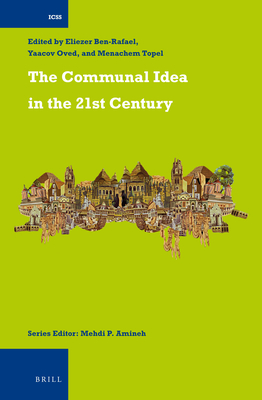 This is book number 30 in the International Comparative Social Studies series.

The communal idea is investigated theoretically and through contemporary experiences on the verge of the 21st century. This idea draws its vitality from potent civilizational codes, and while its realizations come up unavoidably to self-betrayal, its renewal from ashes is not less unavoidable.

Eliezer Ben-Rafael was a member of Kibbutz Hanita for 20 years. He is a Professor Emeritus of Sociology at Tel-Aviv University and is Past President of the International Institute of Sociology. He received the Landau Prize for Life Achievements in Sociology. His works include Jewish Identities (Leiden: Brill, 2001), Is Israel One? (Leiden: Brill, 2005), The Kibbutz on Ways Apart (Jerusalem: Mossad Bialik and Yad Tabenkin, 2009 - Hebrew), Ethnicity, Religion and Class in Israel, (Cambridge, N.Y.: Cambridge University Press, paperback re-print 2007).Yaacov Oved has been a member of Kibbutz Palmachim ever since its establishment in 1949. He is a professor emeritus in Tel Aviv University's department of history, and a research fellow of Yad Tabenkin. Since 1980 he has engaged in research of communes throughout the world, and has published books and articles on this subject in Hebrew, English and Spanish. He was one of the founders of the International Communal Studies Association in 1985, and served as its president until 2004.Menachem Topel, member of Kibbutz Mefalsim in Israel, is a senior lecturer at the Ashkelon Academic College and at the Sapir Academic College, head of the Social Studies Department at Yad Tabenkin, the Institute for Research on the Kibbutz and member of the Board of ICSA (International Communal Studies Association). His latest publications in English are papers on the kibbutz elites and kibbutz transformations, and so are his books The New Managers: The Kibbutz Changes his Way and The Kibbutz on Paths Apart (with Eliezer Ben-Rafael) and The Kibbutz: Risks of Survival (Eliezer Ben-Rafael with Menachem Topel, Shlomo Getz and Arza Abrahami).