The Eternal Army: The Terracotta Soldiers of the First Emperor (Paperback) 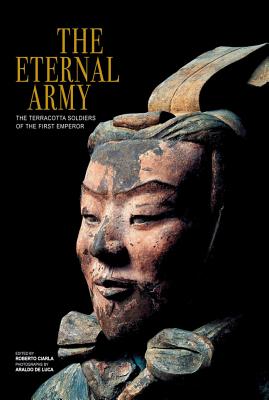 More than 22 centuries ago, in Chinas northwestern Shaanxi province, the first Qin emperor was buried in a magnificent tomb surrounded by an army of some 7,000 terra-cotta soldiers. This lavish volume offers a detailed look at that astonishing army, and the life and times of the man whose resting place it guards. Combining photographs taken expressly for the book with essays by leading experts, this is both a profile of a legendary figure and an unprecedented view of a spectacular archaeological site.

Roberto Ciarla is an Orientalist and archaeologist and has directed and participated in numerous excavations in Asia. Since 1982 he has been curator of the Far East section of the National Museum of Oriental Art in Rome. He is a member of the Scientific Advisory Board of the Italian Institute for Africa and the Orient and numerous cultural and scientific associations, and has chaired conferences on the art and archaeology of the Far East and Southeast Asia. Araldo De Luca has always worked for important cultural institutes, architectural firms, museums, and prestigious publishers. He is currently considered one of the worlds finest art photographers.