The New Freedom: A Collection of Woodrow Wilson's Speeches Published in 1913 (Hardcover) 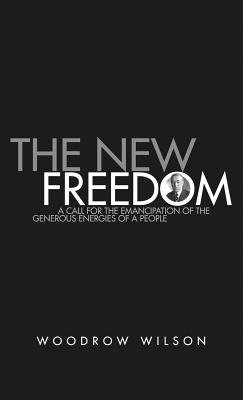 In 1913, Woodrow Wilson was just beginning his time as president of the United States. America's first 'professor'-president, Wilson intended to turn his philosophies into policies. As such, Wilson's two terms in office would mark a turning point, for better or for worse, in American history. And what were those philosophies? In speeches throughout his election campaign, he boldly spelled out his beliefs. "The New Freedom" is a collection of those speeches, edited at the time only to be more suited for reading in a book rather than heard by the ears. These are the words that persuaded millions of Americans to cast their votes for Wilson and his 'progressive' ideas. In this book, Wilson's attitudes towards monopolies, tariffs, and the State itself, are brought forth almost as they were first presented to ordinary citizens on the campaign trail.