Life at Hamilton: Sometimes You Throw Away Your Shot, Only to Find Your Story (Paperback) 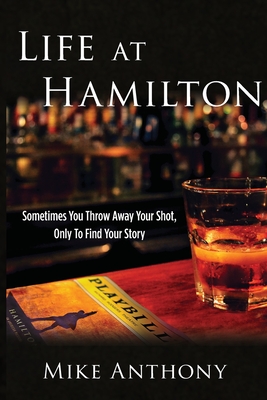 When Mike Anthony moved to New York City to become an actor, he'd imagined being under the bright lights of Broadway, living a life full of fame and fortune. Instead, he took a job not on stage for a Broadway show, but behind its bar, and found a life full of meaning.

In Life At Hamilton, Mike takes us along on his journey, recounting his extraordinary experiences as Hamilton: An American Musical rocketed into Broadway history, from its unparalleled opening night, through the 2016 election, to its COVID-19 intermission. On display along the way are Mike's heartfelt and often humorous encounters with the show's patrons, including some of the most famous celebrities in the world, and its biggest (and littlest) Hamilfans. Mike's story is a testament to the potent power of theater to connect, to inspire, and to heal.

For as long as there have been people, they have put on plays. Life At Hamilton reminds us why.