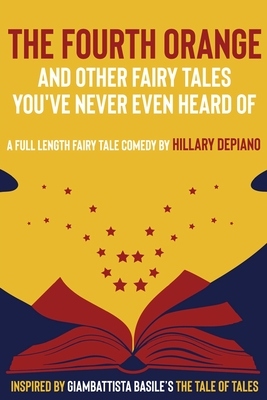 By Hillary DePiano, Basile Giambattista (Based on a Book by)
$15.59

A funny, flexible fairy tale comedy with something for everyone

It's bedtime bedlam when a washed up clown tries to sell three unruly princesses on something other than their fairy tale favorites. Cinderella, Rapunzel, Sleeping Beauty... these are just a few beloved classics that Truffaldino will NOT be reading tonight because you've heard them a zillion times already and, frankly, he's sick of them. Instead, he'll be dusting off four of the weirdest, wildest and downright hilarious fairy tales you've never even heard of. But will his new spin on these old tales be enough to get his sneaky nieces asleep in time? This funny and flexible adaptation of Giambattista Basile's classic, The Tale of Tales, is told in the slapstick tradition of classic Italian theatre with a modern twist.

There are also standalone one-act versions of the four fairy tales Truffaldino tells, each the perfect length for competition and festivals

Looking to perform this show?

Bulk pricing for printed and electronic scripts is available for theatres and schools doing the show either to perform or for classroom use.