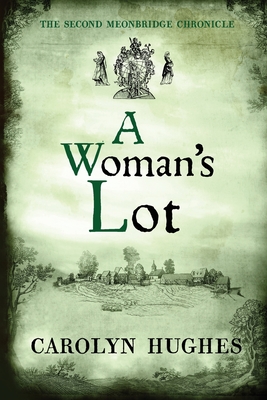 This is book number 2 in the Meonbridge Chronicles series.

How can mere women resist the misogyny of men?

1352. In Meonbridge, a resentful peasant rages against Eleanor Titherige's efforts to build up her flock of sheep. Susanna Miller's husband, grown melancholy and ill-tempered, succumbs to idle gossip that his wife's a scold. Agnes Sawyer's yearning to be a craftsman is met with scorn. And the village priest, fearful of what he considers women's "unnatural" ambitions, is determined to keep them firmly in their place.

Many men hold fast to the teachings of the Church and fear the havoc the "daughters of Eve" might wreak if they're allowed to usurp men's roles and gain control over their own lives.

Not all men in Meonbridge resist the women's desire for change - indeed, they want it for themselves. Yet it takes only one or two misogynists to unleash the hounds of hostility and hatred...

"I didn't so much feel as if I were reading about mediaeval England as actually experiencing it first hand." Linda's Book Bag @Lindahill50Hill

If you enjoy immersive historical fiction with a strong authentic feel, set in a time of change and challenge, especially for women, you'll love A Woman's Lot, the second MEONBRIDGE CHRONICLE. Find out for yourself if Meonbridge's "unnatural" women stand up to their abusers.