Fascism for the Million (Hardcover) 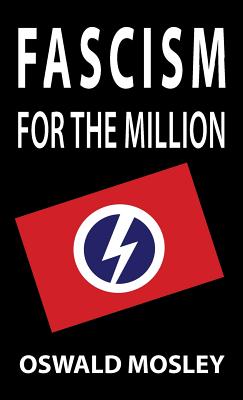 Today, the word 'fascism' has become synonymous with political thuggery and persecution. It wasn't always so. Back in the 1930s tens of thousands of ordinary British people joined the British Union of Fascists because they believed that it alone could solve the problems of widespread hunger, slum housing and the threat of world war. Most were motivated by high idealism and when you read 'Fascism for the Million' you can begin to understand why. It was written by Oswald Mosley - the Movement's charismatic leader and former Minister in the pre-War Labour Government.

Mosley had brains, courage and was acknowledged to be the finest orator in Britain. In this book he condemns the evil of 'financial democracy' that allowed global capitalists to live in luxury whilst fellow countrymen and women sweated to feed their families on minimum wages. He also explains how his British Corporate State would empower working people, offer women the freedom to realise their full potential and prevent economic recession from putting millions of unemployed on the dole ever again. Mosley argues that Fascism was for the Millions - not the Millionaires.