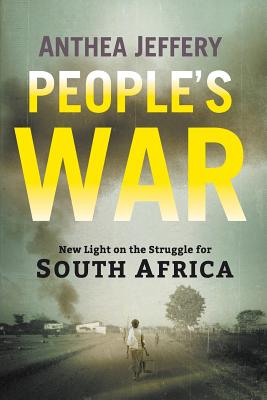 More than 25 years have passed since South Africans were being shot or hacked or burned to death in political violence, and the memory of the trauma has faded. Nevertheless, some 20 500 people were killed between 1984 and 1994. Conventional wisdom has it that most died as a result of the ANC's people's war.

Many books have been written on South Africa's political transition, but none has dealt adequately with the people's war. This book does. It shows the extraordinary success of the people's war in giving the ANC a virtual monopoly on power, as well as the great cost at which this was done. The high price of it is still being paid.

Apart from the terror and killings it sparked at the time, the people's war set in motion forces that cannot easily be tamed. Violence, once unleashed, is not easy to stamp out. 'Ungovernability', once generated, is not readily reversed.

For this new edition, Anthea Jeffery has revised and abridged her seminal work. She has also included a brief overview of the ANC's National Democratic Revolution for which the people's war was intended to prepare the way. Since 1994, the NDR has been implemented in many different spheres. It is now being speeded up in its second and more radical phase.