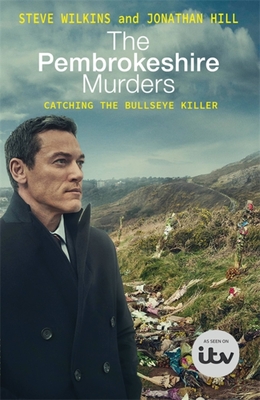 By Steve Wilkins, Jonathan Hill (With)
$17.99
Email or call for price

1980s. In the beautiful, unspoiled landscape of Pembrokeshire, a serial killer is at large: two double murders; an assault; the rape and assault of two teenagers - all potentially the work of one man.

This is the fascinating true story of a brutal murderer and the detectives who worked the cold case for six years in order to bring him to justice. Combining cutting edge forensic techniques with old fashioned detective work, a team of detectives worked to build a case against their prime suspect. But it was a race against time: would he strike again?

No one could predict that the killer's appearance on the gameshow Bullseye would provide bizarre but crucial evidence.

The operation is now recognised as one of the greatest cold case reviews ever undertaken in the UK.

The killer is now serving a "life means life" sentence.

Steve Wilkins (Author)
Detective Chief Superintendent Steve Wilkins moved to Pembrokeshire from the North West when aged 17 and worked locally in the area before joining Cheshire Police in 1980. He transferred to Dyfed-Powys Police in 1992 and has extensive experience in CID, 30 years of his 33 years service has been as a Detective. He was seconded to the National Criminal Intelligence Service as Head of Region for the North West of England and prior to returning to force he was the head of intelligence for the UK. Wilkins returned to Dyfed-Powys Police as a Detective Superintendent to work as Senior Investigation Officer on numerous cases. He has also worked closely with the Foreign and Commonwealth Office in trying to secure justice for the family of Kirsty Jones who was murdered in Thailand in 2000.

Jonathan Hill (Author)
Jonathan has been presenting ITV news in Wales for more than twenty-five years. He has a special interest in crime reporting and has also produced several award winning documentaries for ITV. This is his first book. @JonathanITV