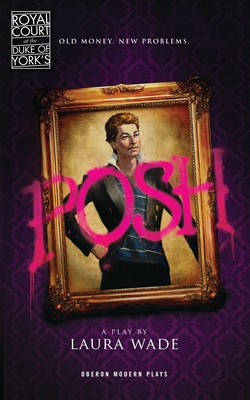 "I've got a new law for you mate, it's called survival of the fittest, it's called fuck you we're the Riot Club."

In an oak-panelled room in Oxford, ten young bloods with cut-glass vowels and deep pockets are meeting, intent on restoring their right to rule. Members of an elite student dining society, the boys are bunkering down for a wild night of debauchery, decadence and bloody good wine. But this isn't the last huzzah: they're planning a takeover. Welcome to the Riot Club.

Laura Wade is a graduate of the Royal Court Young Writers Programme. Her first play for the Royal Court, Breathing Corpses played in the Jerwood Theatre Upstairs in 2005 and won her the Critics' Circle Theatre Award for Most Promising Playwright, the Pearson Playwrights Best Play Award, the George Devine Award and an Olivier Award Nomination for Outstanding Achievement in an Affiliate Theatre. She also worked on a collaborative project, Catch, for the Royal Court in 2006, with a group of female contemporaries. Her other plays include Other Hands, and Colder Than Here at Soho Theatre.