The Curse of Cortés. (Paperback) 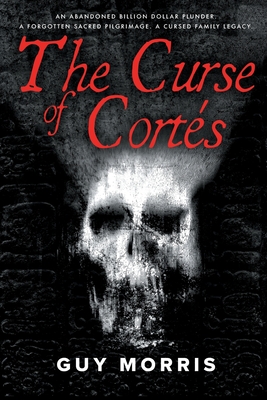 In 1672, Henry Morgan took 36 ships and 2,000 men to sack Panama City for a $1 billion plunder and 600 slaves. Afterward, Morgan cheated his men, disappearing with nearly the entire treasure, and 200 slaves on three ships never to be seen again. Morgan alone survived as a haunted man who hid away in drunken debauchery, and burned his log books to keep the world from learning the terrifying truth. True story.

Three hundred years later, Sophia Martinez discovers odd relics hidden within a 200-year Roatan Island family home that reopens a legacy of disappearance, dementia and death. At the center of the mystery is a bloody log book written by an insane Inquisition executioner named Cort s.

With a Mayan prophecy psychopath in pursuit, Sophia will need the help of lost relatives to uncover a sacred pilgrimage to the origins of the Mayan creation myth. Time is running out to decode the macabre enigma and escape the deadly necropolis or they too will vanish without a trace - and an apocalypse will unleash on live television.