A Hero of Our Time (Paperback) 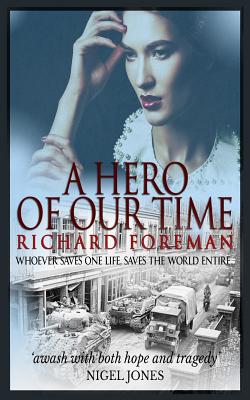 'An elegant novel which is awash with both hope and tragedy.' - Nigel Jones.

Amid the ruins of a Germany defeated in war, a Wehrmacht officer Robert Fischer attempts to win back his soul. At the same time, his feelings are shaped by the guilt he feels towards a Jewish academic, who he serves as a jailor to, and the love he feels for a young nurse.

A stunning debut, written in the tradition of the great Russian novels of Lermontov and Turgenev, 'A Hero of Our Time' is both a tragic love story and also a story of redemption.

'A Hero of Our Time' is an elegant and arresting novel which will keep the reader engaged to the very last line.

A Hero of Our Time

'An elegant novel which is awash with both hope and tragedy. A Hero of Our Time is a must read for anyone interested in WWII or 19th Century Russian Literature.' - Nigel Jones, author of Countdown To Valkyrie

'Warsaw is a work of power. It has the authentic feeling that pulses from an important book. The meticulous research and psychological insights light up one of the most ghastly episodes in the history of man's inhumanity to man.' - Patrick Bishop, author of Fighter Boys and A Good War

'Augustus: Son of Rome forges action and adventure with politics and philosophy. This superb story is drenched in both blood and wisdom - and puts Foreman on the map as the coming man of historical fiction'. - Saul David, author of the Zulu Hart series

'Classy, humorous and surprisingly touching tales of cricket, friendship and crime.' - The Spectator

Richard Foreman is the author of numerous best-selling books, including Augustus: Son of Rome and the Raffles series of historical crime novellas. He is also the author of Warsaw, a literary novel set during the Second World War. He lives in London.