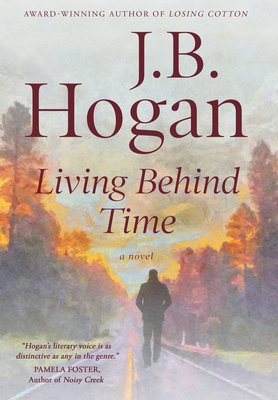 "Most of us are living behind time: trapped in some phase of our past like an insect in amber." So says Frank Mason, protagonist of Living Behind Time, a pre-9/11 on the road story with a big twist. Evoking echoes of the 1950s Beats, Frank Mason, the protagonist, reverses the standard east-west American journey by going west to east. Leaving his home in San Diego, California, he makes a solo cross-country trip to Myrtle Beach, South Carolina. Along the way, he revisits friends and locations from the past. He encounters a cult in the California desert, acts as a decoy to get immigrants into Arizona, connects with old friends in Boulder, Colorado and Columbia, Missouri. There's a serio-comic meetup near Kansas City with a friend who's taken up cultivating cannabis. He then reengages with an old girlfriend in Memphis, but reluctantly goes on to the Gulf Coast and Pensacola where an older couple nearly adopts him to make up for the loss of their own son. After an eventful stop with friends near Raleigh, North Carolina, Frank's cross-country trek concludes in Myrtle Beach, where he tries to process the recent discoveries he has made about himself and the nation's recent past. In the end, as he prepares to retrace his steps yet again, he learns that no matter who we are individually or as a country, there is still hope in a shared future.