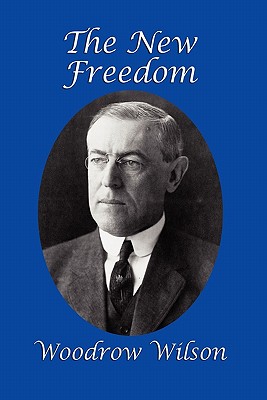 In 1912, Woodrow Wilson was the Democratic nominee for President of the United States. He campaigned against the Republican incumbent, William Howard Taft, and Taft's predecessor, Theodore Roosevelt, who had split off from the Republican Party to form his own Progressive, or Bull Moose, Party. Much of the campaign focused on the US economy, particularly the candidates' views of the business monopolies and the Federal Reserve System.

This book is a collection of pieces from Wilson's campaign speeches, edited by William Bayard Hale, to form a discussion of those topics.

As Wilson says in his introduction, the book is "not a book of campaign speeches. It is a discussion of a number of very vital subjects in the free form of extemporaneously spoken words.... The book is not a discussion of measures or of programs. It is an attempt to express the new spirit of our politics and to set forth, in large terms which may stick in the imagination, what it is that must be done if we are to restore our politics to their full spiritual vigor again, and our national life, whether in trade, in industry, or in what concerns us only as families and individuals, to its purity, its self-respect, and its pristine strength and freedom. The New Freedom is only the old revived and clothed in the unconquerable strength of modern America.