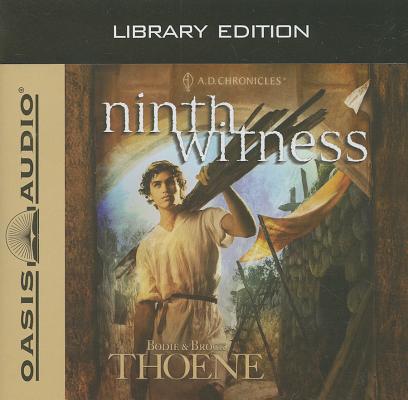 This is book number 9 in the A.D. Chronicles series.

The census riots are barely past. Bands of Zealots roam the canyons. Anguished shrieks echo against the hillsides of Nazareth as Rome crushes the last Jewish resistance. Herod the Butcher King is dead, but Antipas, his cruel son, now reigns in the Galil. As the Jews remember their deliverance from the evil Haman, they wonder, "Where is there a Mordechai for this age? Where an Esther?" Nine-year-old Jude and six-year-old Kerah watch as their father, the hero of the Galil, hangs on a Roman cross. His dying whisper to Jude? “Take your sister to Jerusalem.” But the journey is long and dangerous. Zachariah, Elisheba, and young Youchanan watch compelling signs in the heavens and ponder what they mean. Could a day of justice be coming for the Jews? Aged scholar Rabbi Mazzar travels with his three Yeshiva students to Jerusalem for Passover and their bar mitzvahs. He has high hopes for twelve-year-old Yeshua, who seems to study people as well as Torah. Could such a one make a great rabbi? Or be the founder of something even more enduring?

Bodie and Brock Thoene (pronounced Tay-nee) have written over 45 works of historical fiction. That these best sellers have sold more than 10 million copies and won eight ECPA Gold Medallion Awards affirms what millions of readers have already discovered—the Thoenes are not only master stylists, but experts at capturing readers’ minds and hearts. Bodie and Brock have four grown children— Rachel, Jake, Luke, and Ellie—and five grandchildren. Bodie and Brock divide their time between London and Nevada.