The Train Driver and Other Plays (Paperback) 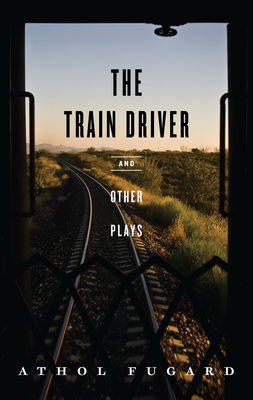 For me The Train Driver] is the biggest of them all. Everything I have written before has been a journey to this.--Athol Fugard

A dramatic, moving theater experience written for South Africa. . . . It will save us from hopelessness. See it.--Sunday Independent

The Train Driver is classic Athol Fugard, and one of his most important plays. The playwright, known throughout the world as a chronicler of his native South Africa's apartheid past, directed its premiere at the newly opened Fugard Theater in one of Cape Town's most politically contentious areas. This seminal work was inspired by the true story of a mother who, with her three children, committed suicide on the train tracks in Cape Town. The two-person drama unfolds between the train's engineer and the grave digger who buries the ones without names. This edition also includes Coming Home, Fugard's first work addressing AIDS in South Africa, and Have You Seen Us? his first play set in America, about a South African transplanted to San Diego, where the playwright currently resides.

Athol Fugard's works includes Blood Knot, Master Harold. . .and the Boys, Boesman and Lena, Sizwe Banzi is Dead and My Children My Africa He has been widely produced in South Africa, London, on Broadway, and across the United States.