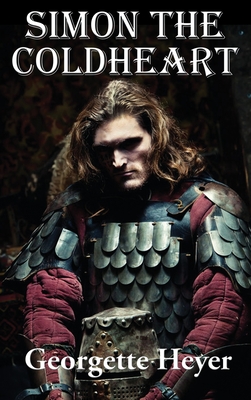 When we meet Simon of Beauvallet he is a 14 year old boy, the year is 1400, and the 100 year war is raging. Simon is the bastard son of Geoffrey of Malvallet and as such must make his own way in the world without the status and advantage his father's station might have conferred. By sheer strength of will Simon manages to join a rival house's army and through courage and strength rises up the ranks until he knighted by the King himself for his bravery. Through his travels and adventures he meets and becomes fast friends with his half brother, gains lands, but never finds love. Indeed his seeming disinterest in the many women of England who would be his lady gains him the moniker "Simon the Heartless." But that changes when he lays siege to and takes the French castle in Belremy. There he falls in love with the lady Margaret. But Margaret hates the English invader and Simon, it would seem, has met his match.