Bad Trips: How I Went from Vice Reporter to International Drug Smuggler (Paperback) 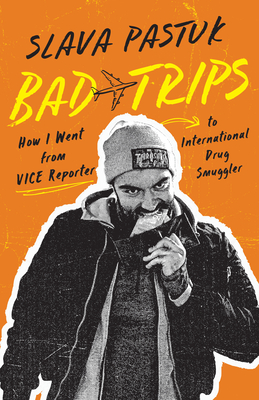 The true story of a music editor at VICE who tried to become the coolest reporter the company had ever had -- by becoming an international drug smuggler.

In 2019, music reporter Slava P, an editor for VICE media, was sentenced to nine years in prison for recruiting friends into a scheme to smuggle cocaine from the U.S. into Australia. Five of them were already in jail. Immediately, Slava P was internationally infamous. Was he a victim of pressure to commit extreme acts for the sake of a good story? A product of a drug-obsessed work environment? Or a manipulator who pushed vulnerable young people into crime?

Here, Slava P tells his side of the story: what exactly happened and how the precarious, dog-eat-dog atmosphere of a media company can lead the young, the naive, and the ambitious into taking crazy risks.

Bad Trips is a story about drugs, hip-hop, influencers, and glamour, set against the backdrop of one of the world's most influential news and entertainment sites, VICE. Its cast of beautiful young people and semi-famous rappers passes from the seediest apartments to the most elegant of private clubs. Slava P's chronicling of his years at this famous hotbed of excess is a piercing insight into contemporary media culture.

All royalties from the sale of Bad Trips go to co-author Brian Whitney.

Slava Pastuk was sent to prison in 2019 for a well-publicized drug smuggling conviction. Before that, he was a culture writer based in Toronto whose work has been featured on VICE, COMPLEX, CollegeHumor, and various other publications. Slava's experience has given him a unique -- and, at times, staggering -- view of both the media and drug industries.