A New Psychology Based on Community, Equality, and Care of the Earth: An Indigenous American Perspective (Hardcover) 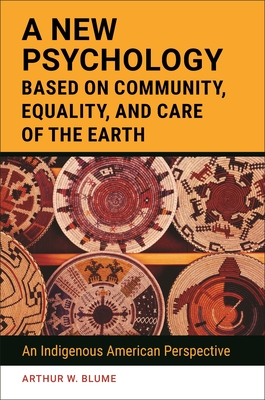 Psychology is a relatively new discipline, with foundations formed narrowly and near-exclusively by white, European males. But in this increasingly diverse nation and world, those foundations filled with implicit bias are too narrow to best help our people and society, says author Arthur Blume, a fellow of the American Psychological Association. According to Blume, a narrowly based perspective prevents out-of-the-box thinking, research, and treatment that could well power greater healing and avoidance of disorders.

In this text, Blume explains the Native American perspective on psychology, detailing why that needs to be incorporated as a new model for this field. A Native American psychologist, he contrasts the original culture of psychology's creators--as it includes individualism, autonomy, independence, and hierarchal relationships--with that of Native Americans in the context of communalism, interdependence, earth-centeredness, and egalitarianism. As Blume explains, psychological happiness is redefined by the reality of our interdependence rather than materialism and individualism, and how we do things becomes as important as what we accomplish.

Arthur W. Blume, PhD, an Indigenous American psychologist and scholar, is professor of clinical psychology at Washington State University and a past president of the Society of Indian Psychologists.