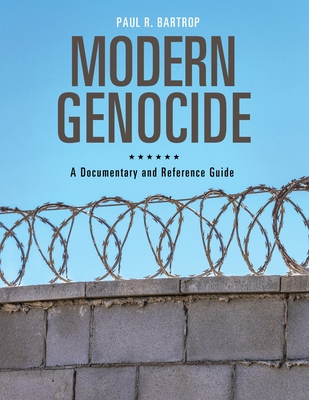 By Paul Bartrop
Email or call for price.

This illuminating primary source collection closely examines and analyzes primary documents related to genocides, focusing on genocidal events from the beginning of the 20th century to the present. Thematically organized into eight sections, each document comes with an introduction and analysis written by the author that helps provide the crucial historical background for the users of this title to learn about the complexities of genocide.

The first section considers a range of definitional matters relating to genocide, crimes against humanity, and war crimes; the second section relates to warnings of impending genocide, and how they have been received; the third considers atrocities and how they have been perpetrated; the fourth is an examination ofexamines a range of resistance initiatives that have been taken in response to genocide; the fifth looks at reactions to genocide from outside actors; the sixth considers the ways in which states have intervened to stop genocide; the seventh relates to post-genocide justice measures; and the eighth section relates to how states and NGOs have sought to prevent genocide.

Paul R. Bartrop, PhD, is a multi-award winning Holocaust and genocide scholar and professor of history and director of the Center for Judaic, Holocaust, and Genocide Studies at Florida Gulf Coast University, Fort Myers, Florida.