Simon the Coldheart: A Tale of Chivalry and Adventure (Historical Romances #2) (Paperback) 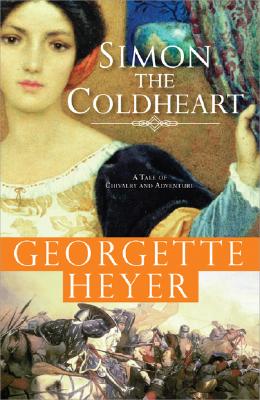 This is book number 2 in the Historical Romances series.

In the early 15th century, during the middle of the Hundred Years' War, England and France were fighting for sovereignty over France. It was a time of hand-to-hand combat, the invention of the longbow, and real knights in armor.

Simon Beauvallet was born in 1386, the illegitimate son of Geoffrey of Malvallet. After his mother's death in 1400, he and his half-brother, the legitimate son and heir of his father, became great friends of the Prince, fighting against France. Known for his silence and nicknamed the Coldheart, Simon nonetheless loved children and had a complex and deep personality. After the Battle of Agincourt in 1415, he was sent to besiege Belremy, where he met the lady, Margaret, who eventually surrendered to the English and became his bride. She makes the knightly days live again. --Boston Evening Transcript An outstanding storyteller. --The Times Literary Supplement

The late Georgette Heyer was a very private woman. Her historical novels have charmed and delighted millions of readers for decades, though she rarely reached out to the public to discuss her works or private life. It is known that she was born in Wimbledon in August 1902, and her first novel, The Black Moth, was published in 1921. Heyer published 56 books over the next 53 years, until her death from lung cancer in 1974. Heyer's large volume of works included Regency romances, mysteries and historical fiction. Known also as the Queen of Regency romance, Heyer was legendary for her research, historical accuracy and her extraordinary plots and characterizations. Her last book, My Lord John, was published posthumously in 1975. She was married to George Ronald Rougier, a mining engineer, and they had one son together, Richard.