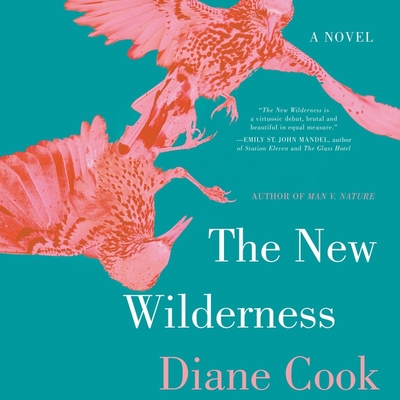 By Diane Cook, Stacey Glemboski (Read by)
$39.99
Email or call for price

LONGLISTED FOR THE BOOKER PRIZE 2020

Margaret Atwood meets Miranda July in this wildly imaginative debut novel of a mother's battle to save her daughter in a world ravaged by climate change; A prescient and suspenseful book from the author of the acclaimed story collection, MAN V. NATURE.

Bea's five-year-old daughter, Agnes, is slowly wasting away, consumed by the smog and pollution of the overdeveloped metropolis that most of the population now calls home. If they stay in the city, Agnes will die. There is only one alternative: the Wilderness State, the last swath of untouched, protected land, where people have always been forbidden. Until now.

Bea, Agnes, and eighteen others volunteer to live in the Wilderness State, guinea pigs in an experiment to see if humans can exist in nature without destroying it. Living as nomadic hunter-gatherers, they slowly and painfully learn to survive in an unpredictable, dangerous land, bickering and battling for power and control as they betray and save one another.

But as Agnes embraces the wild freedom of this new existence, Bea realizes that saving her daughter's life means losing her in a different way. The farther they get from civilization, the more their bond is tested in astonishing and heartbreaking ways.

At once a blazing lament of our contempt for nature and a deeply humane portrayal of motherhood and what it means to be human, The New Wilderness is an extraordinary novel from a one-of-a-kind literary force.