Tales from the Edge of the Woods (Paperback) 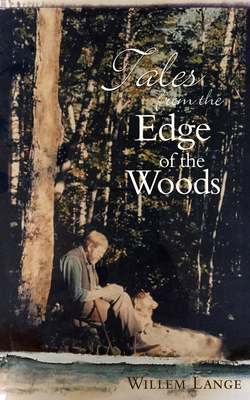 “If you live here by choice”, Willem Lange writes of the northern New England he's called home for half a century, “you pay your dues, take what you can get, and endure what you have to. It's well worth it”.

These eighteen reminiscences, character sketches, and sometimes heart-rending accounts of life among the ubiquitous pines and unyielding granite show a deep reverence and an abiding respect for this unique corner of the world.

We meet, for example, Baddy, the crusty timber camp cook whose love of hunting ends the day he witnesses the needless death of a fawn. We experience rites of passage: an old man determined to spend one last night alone in the deep woods; a young man discovering for the first time the indelible beauty of a northern September morning; and Lange's own realization that, "for the first time, I'll be the oldest man in camp, and my son will be carrying most of my pack."

This intimate collection of stories is a quiet quest for meaning in a rugged physical and psychic terrain.

Willem Lange is a short-story writer, commentator and host on Vermont Public Radio and New Hampshire Public Television. He also has a weekly column in The Valley News, the major newspaper in the NH/VT Upper Valley area. In addition to the Yuletide readings of his Christmas story, Favor Johnson, a staple on Public Radio for fifteen years, his annual readings of Charles Dickens' A Christmas Carol -- on stage, on Vermont Public Radio, and on Armed Forces Radio overseas -- have been popular since the 1970s.