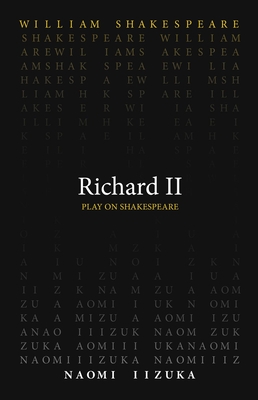 Following the events of the final two years of his life, Richard II interrogates royal power and the forces that threaten it. After banishing his cousin Henry Bolingbroke, Richard begins to lose grip of his throne and strives to find meaning in the churn and chaos of the events unfolding around him. In her new translation, Naomi Iizuka ventures into the mystery of the work, scraping away the layers of received wisdom and cracking the play open for contemporary audiences.

This translation of Richard II was written as part of the Oregon Shakespeare Festival’s Play On! project, which commissioned new translations of thirty-nine Shakespeare plays. These translations present work from “The Bard” in language accessible to modern audiences while never losing the beauty of Shakespeare’s verse. Enlisting the talents of a diverse group of contemporary playwrights, screenwriters, and dramaturges from diverse backgrounds, this project reenvisions Shakespeare for the twenty-first century. These volumes make these works available for the first time in print—a new First Folio for a new era.

Naomi Iizuka’s plays include 36 Views, Polaroid Stories, Anon(ymous), Good Kids, Language of Angels, Aloha, Say the Pretty Girls, Concerning Strange Devices from the Distant West, At the Vanishing Point, and Sleep. She is head of graduate playwriting at the University of California San Diego.