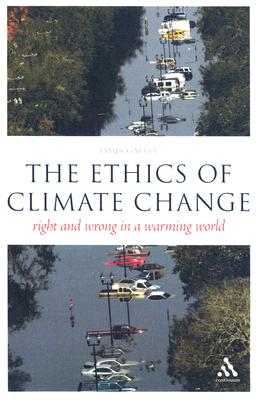 "Open this book and James Garvey is right there making real sense to you... in a necessary conversation, capturing you to the very end."-Ted Honderich, Grote Professor Emeritus of The Philosophy of Mind & Logic, University College London, UK.

James Garvey argues that the ultimate rationale for action on climate change cannot be simply economic, political, scientific or social, though our decisions should be informed by such things. Instead, climate change is largely a moral problem. What we should do about it depends on what matters to us and what we think is right.

This book is an introduction to the ethics of climate change. It considers a little climate science and a lot of moral philosophy, ultimately finding a way into the many possible positions associated with climate change. It is also a call for action, for doing something about the moral demands placed on both governments and individuals by the fact of climate change. This is a book about choices, responsibility, and where the moral weight falls on our warming world.

James Garvey is Secretary of the Royal Institute of Philosophy, UK. He is the author of The Twenty Greatest Philosophy Books and The Ethics of Climate Change, also published by Continuum.