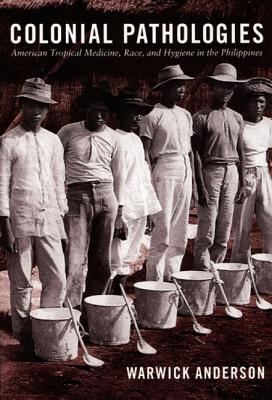 Colonial Pathologies is a groundbreaking history of the role of science and medicine in the American colonization of the Philippines from 1898 through the 1930s. Warwick Anderson describes how American colonizers sought to maintain their own health and stamina in a foreign environment while exerting control over and "civilizing" a population of seven million people spread out over seven thousand islands. In the process, he traces a significant transformation in the thinking of colonial doctors and scientists about what was most threatening to the health of white colonists. During the late nineteenth century, they understood the tropical environment as the greatest danger, and they sought to help their fellow colonizers to acclimate. Later, as their attention shifted to the role of microbial pathogens, colonial scientists came to view the Filipino people as a contaminated race, and they launched public health initiatives to reform Filipinos' personal hygiene practices and social conduct.

A vivid sense of a colonial culture characterized by an anxious and assertive white masculinity emerges from Anderson's description of American efforts to treat and discipline allegedly errant Filipinos. His narrative encompasses a colonial obsession with native excrement, a leper colony intended to transform those considered most unclean and least socialized, and the hookworm and malaria programs implemented by the Rockefeller Foundation in the 1920s and 1930s. Throughout, Anderson is attentive to the circulation of intertwined ideas about race, science, and medicine. He points to colonial public health in the Philippines as a key influence on the subsequent development of military medicine and industrial hygiene, U.S. urban health services, and racialized development regimes in other parts of the world.

Warwick Anderson teaches at the University of Wisconsin, Madison, where he is Chair of the Department of Medical History and Bioethics; Robert Turell Professor of Medical History and Population Health; and Professor of the History of Science, Science and Technology Studies, and Southeast Asian Studies. He is the author of The Cultivation of Whiteness: Science, Health, and Racial Destiny in Australia, also published by Duke University Press.