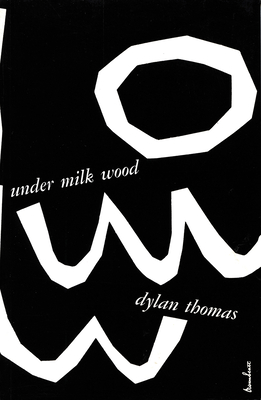 Under Milk Wood is the masterpiece “radio play for voices” Dylan Thomas finished just before his death in 1953. First commissioned by the BBC and broadcast in 1954, it has been performed and celebrated by Anthony Hopkins, Richard Burton, Elton John, Tom Jones, Catherine Zeta Jones, Elizabeth Taylor, Peter O’Toole, and many others. In Under Milk Wood, Thomas gave fullest expression to the magnificent flavor and variety of life. A moving and hilarious account of a spring day in a small Welsh town, the play begins with dreams and ghosts before dawn and closes “as the rain of dusk brings on the bawdy night.”

Dylan Thomas, born in Swansea in 1914, is perhaps Wales' best-known writer, widely considered to be one of the major poets of the 20th century, and many of his greatest poems, such as 'Fern Hill' and 'Do not go gentle into that good night' remain among the nation's favorites. As well as poetry, Dylan Thomas wrote numerous short stories and scripts for film and radio - none more popular than his radio play UNDER MILK WOOD (ISBN 9780811229937), which is considered by many to be his masterpiece. He led a fascinating and tempestuous life, permeated by love affairs and reckless bouts of drinking, which led him to claim that he had beast, angel and madman within him. There have been several film adaptations of his fascinating life, which ended all too soon in 1953 when he collapsed and died in New York shortly after his 39th birthday. A memorial stone commemorating his life and work was unveiled in Poets' Corner in Westminster Abbey in 1982.

A dazzling combination of poetic fireworks and music-hall humor.
— The New York Times

It would be hard for any work of art to communicate more directly and funnily and lovingly what it is like to be alive.
— Randall Jarrell