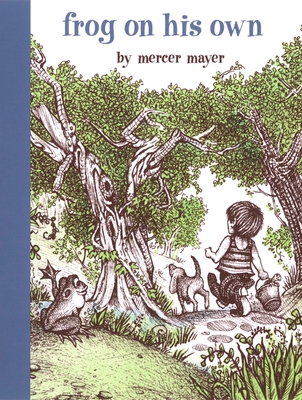 Following the re-release of the first three books in this beloved series, here are the final three classic wordless tales in attractive, low-priced hardcover editions. A Boy, a Dog, and a Frog, the first book in this series, launched Mercer Mayer's distinguished career over twenty-five years ago, and also helped to create the wordless picture book genre. Full of warmhearted mischief and play, the books express the humorous trials and tribulations of friendship and the joy of summertime discovery. Readers will want to collect the entire set.

Mercer Mayer began writing and illustrating children's books in 1966, and since that time, he has published over 300 titles. Open almost any of the award-winning author/illustrator's books, and out may pop dragons, cuddly monsters, wonderful creatures, and endearing critters.

Born in Little Rock, Arkansas, Mercer Mayer spent his childhood hunting lizards and snakes in the swamps near his home. During his teenage years, he attended the Honolulu Academy of Arts. He later received additional training at the Art Students League in New York City. Upon completion of his studies, he set out with pen and ink to write and illustrate a collection of children's books, reflecting many of the adventures he experienced as a child.

In 2007, Mr. Mayer was commissioned by Laura Bush to create the artwork used for the National Book Festival held on September 29 on the National Mall. He was an honored guest to the event, giving a demonstration and autographing hundreds of books for fans who attended.