The Making of Southeast Asia: International Relations of a Region (Cornell Studies in Political Economy) (Paperback) 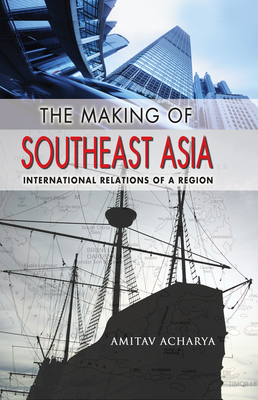 Developing a framework to study what makes a region, Amitav Acharya investigates the origins and evolution of Southeast Asian regionalism and international relations. He views the Association of Southeast Asian Nations (ASEAN) from the bottom up as not only a U.S.-inspired ally in the Cold War struggle against communism but also an organization that reflects indigenous traditions. Although Acharya deploys the notion of imagined community to examine the changes, especially since the Cold War, in the significance of ASEAN dealings for a regional identity, he insists that imagination is itself not a neutral but rather a culturally variable concept. The regional imagination in Southeast Asia imagines a community of nations different from NAFTA or NATO, the OAU, or the European Union.

In this new edition of a book first published as The Quest for Identity in 2000, Acharya updates developments in the region through the first decade of the new century: the aftermath of the financial crisis of 1997, security affairs after September 2001, the long-term impact of the 2004 tsunami, and the substantial changes wrought by the rise of China as a regional and global actor. Acharya argues in this important book for the crucial importance of regionalism in a different part of the world.

Amitav Acharya is Professor of International Affairs at American University, Washington, D.C. He was Professor of Global Governance at the University of Bristol. He is the author of Whose Ideas Matter?: Agency and Power in Asian Regionalism, also from Cornell, and Constructing a Security Community in Southeast Asia and coeditor of Crafting Cooperation.