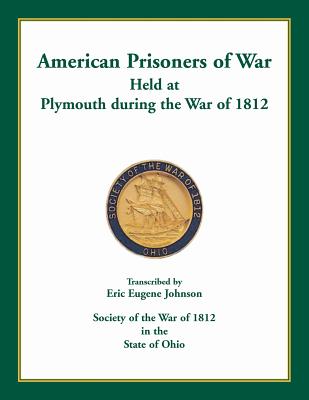 This is a transcription of War of 1812 prisoner of war records of American sailors, marines and merchantmen which were transcribed from the ledgers of the British Admiralty. These men were either captured off the coast of western Europe or who were taken off British warships and merchant vessels in England at the beginning of the war.

The Royal Navy's Plymouth Naval Base was the home of one of the three prisoner of war prison ship facilities which were used during the War of 1812 to house American prisoners of war. The facility had been used since 1796 to intern French prisoners of war during the Napoleonic Wars.

A total of 3,568 Americans, including 392 African-Americans, one Indian and one Chinese, were interned at Plymouth for up to three months before being transferred to Ashburton, Portsmouth, Dartmoor, Chatham or Stapleton prison of war facilities. The ledgers from Plymouth include the listing of the crews from the U.S. Brigs Argus and Syren plus a partial crew listing from the U.S. Frigate Chesapeake.