Monday 12/12 is the FINAL day to place orders for delivery by 12/24
If you are placing an order after 12/12, please note that we will do what we can but cannot guarantee its arrival by any specific date. 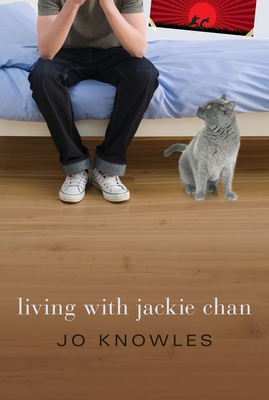 After fathering a baby, a teenager moves in with his karate-loving uncle and tries to come to terms with his guilt — and find a way to forgive.

This isn’t how Josh expected to spend senior year. He thought he’d be hanging out with his best friends, Dave and Caleb, driving around, partying, just like always. But here he is, miles from home — new school, new life, living with his Jackie-Chan-obsessed uncle, Larry, and trying to forget. But Josh can’t forget. So many things bring back memories of last year and the night that changed everything. Every day the pain, the shame, and the just not knowing are never far from his thoughts. Why is he such a loser? How could he have done what he did? He finds some moments of peace when he practices karate with Stella, the girl upstairs and his one real friend. As they move together through the katas, Josh feels connected in a way he has never felt before. He wonders if they could be more than friends, but Stella’s jealous boyfriend will make sure that doesn’t happen. And maybe it doesn’t matter. If Stella knew the truth, would she still think he was a True Karate Man? Readers first met Josh in Jumping Off Swings which told the story of four high school students and how one pregnancy changed all of their lives. In this companion book, they follow Josh as he tries to come to terms with what happened, and find a way to forgive.

Jo Knowles is the author of Lessons from a Dead Girl, Jumping Off Swings, and See You at Harry’s. She lives in Vermont with her family.

Affecting. ... [T]here's something undeniably powerful about the stripped-down world that Jo Knowles has created.
—The New York Times Book Review

[A] delightful and moving follow-up to Jumping Off Swings... Knowles’ knack for developing relationships and creating authentic and memorable characters is truly superior, and the story positively brims with intelligence, sensitivity and humor. Readers will be behind Josh all the way.
—Kirkus Reviews (starred review)

As the emotional core of the book, Josh is a complex yet incredibly likable character with whom readers will empathize. ... Divided into four parts, the compelling narrative offers an honest and frank look at teen pregnancy from the male’s perspective, and while the book could have been a depressing read in another author’s hands, Knowles succeeds in writing a character-driven story that is as uplifting as it is heartbreaking
—School Library Journal (starred review)

With dexterous character and relationship drafting, Knowles pulls Josh’s parents through their own reactions to Josh’s mistakes to a fresh start, and Josh is credibly resentful in his initial understanding that his absence seems to be the catalyst for their healing. .... Real grace comes through Larry, however, whose goodness, couched as it is in genial goofiness, helps Josh move from silent but perpetual self-recrimination to ownership of his faults and forgiveness.
—Bulletin of the Center for Children's Books

Knowles compassionately depicts the consequences of teen pregnancy from the boy’s perspective, and Josh’s journey — aided in no small part by the kind (and perky) wisdom of his uncle — is touching and honest. Josh’s anger, sadness, and regret are palpable, but his ultimate steps forward are quietly triumphant.
—Booklist

This is a story about forgiving yourself for mistakes made in the past and how those choices don’t have to define you. Readers of Knowles’ first novel will enjoy hearing things from Josh’s side, but you don’t have to read the first one to get attached to Josh as a character and have sympathy for him.
—Library Media Connection

Knowles is once again eloquent in her portrayal of real teens struggling to work through circumstance to better understand the liminal place between being a child and an adult. ... Living with Jackie Chan meets that elusive goal of filling a hole in young adult literature without preaching while still appealing to fans and being a hopeful, gratifying read.
—VOYA