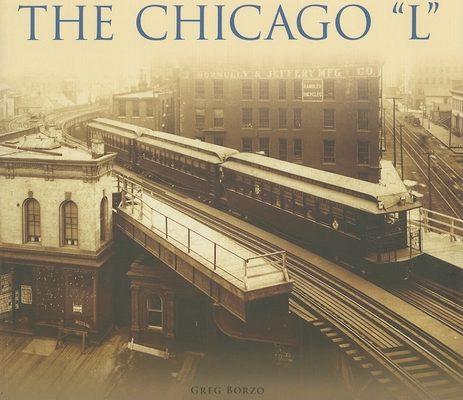 Discover the world-famous Chicago "L" - in all its grit and glory.

The thundering "L" is one of Chicago's most enduring icons. Operating 247 since 1892, it is not only an antique but a working antique. More than 10 billion people have ridden the "L," which now carries half a million people a day over 222 miles of track. The heavy, rumbling "L" has a light side too. It is sought out by tourists, featured in major motion pictures, enjoyed by wide-eyed kids, photographed by admirers, and studied by historians. Meanwhile, both the Smithsonian Institution and the Chicago History Museum have recently enshrined Chicago "L" cars as the showpiece of major permanent exhibits. The Chicago "L" shows how the early "L" lines helped to build Chicago as well as how today's "L" helps to revitalize neighborhoods and tie the city together. Over the past 100 years, the "L" has survived numerous attempts to tear it down. Today its future is secure. New services are being added and new lines planned. This educating and entertaining book brings the tenacious "L" to life.