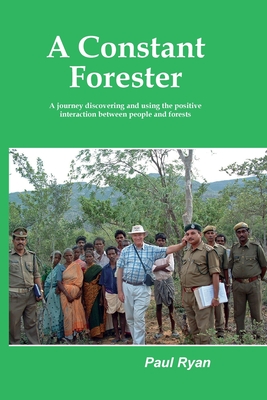 'A Constant Forester' takes one with the author and his forestry career on a journey, over some fifty years, through adventures in the forests of numerous countries. The journey starts in Papua New Guinea, where the dense tropical forests are the local communities' birthright and source of subsistence. It then moves through several Asian countries, including a fascinating sojourn for a year in Burma, where some forty percent of the rich teak forests were under the control of insurgents, and then on to planting thousands of hectares of mangroves off the coast of Bangladesh to protect against cyclones and extend the land mass. In Africa, the work involves both high forests and vast woodlands and the people involved with these.

But the story isn't just about forests and trees. It's about the author's increasing involvement with the people and communities who live in on the fringes of forests and who rely partially or wholly on the forests and trees for their livelihoods. It's about the dawning of awareness of the cultural and economic value of the trees and forests to these people as well as the potential for these same individuals or communities to effectively protect and sustainably manage the forests with which they are associated. Recognizing this potential, in Tanzania, the author helps to return the customary tenure rights to communities over their woodlands to manage and provide wood for fuel to urban centers.

Traveling and working in numerous countries, some under autocratic dictatorships, others in a state of war, a number mired by corruption, and one or two even in a state of near anarchy led to numerous 'interesting' experiences. A few of these were downright dangerous, such as investigating forests in insurgent-held territory in Burma, or being lost and running low on fuel on a flight in Liberia. Others were humorous, and some make one cringe while sharing the discomfort.

The story culminates in India with the successful implementation of a community forest management project involving over 5,000 communities that provided immense personal and professional satisfaction. It was a win-win situation for the majority of the communities involved as well as for the forests they had been assigned. People's livelihoods were significantly enhanced and previously heavily degraded forests were being protected and restored to their forest glory.