Iraq - From War to a New Authoritarianism (Adelphi) (Paperback) 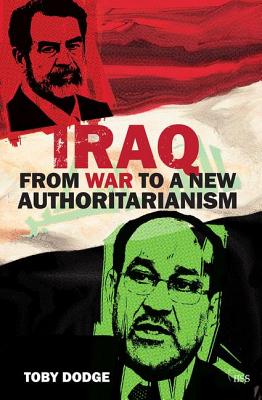 Iraq recovered its full sovereignty at the end of 2011, with the departure of all US military forces. The 2003 invasion was undertaken to dismantle a regime that had long threatened its own population and regional peace, as well as to establish a stable, democratic state in the heart of the Middle East. This Adelphi looks at the legacy of that intervention and subsequent state-building efforts. It analyses the evolution of the insurgency, the descent into full-scale civil war and the implementation of the 'surge' as a counterinsurgency strategy. It goes on to examine US and Iraqi efforts to reconstruct the state's military and civilian capacity. By developing a clear understanding of the current situation in Iraq, this book seeks to answer three questions that are central to the country's future. Will it continue to suffer high levels of violence or even slide back into a vicious civil war? Will Iraq continue on a democratic path, as exemplified by the three competitive national elections held since 2005? And does the new Iraq pose a threat to its neighbours?