Promise of the Rose (The de Warenne Dynasty #2) (Mass Market) 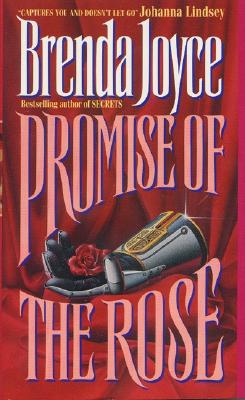 By Brenda Joyce
$7.99
Email or call for price

This is book number 2 in the The de Warenne Dynasty series.

Brave and battle-hardened Stephen de Warenne is to defend to the death that which is his by right of conquest -- including the golden-haired captive who awakens his soul's most secret yearnings. For theirs is a passion that will not be denied -- a magnificent fire that burns hotter and brighter than the blazing flames of war that engulf the land.

Brenda Joyce is the bestselling, award-winning author of Promise of the Rose,Scandalous Love and The Fires of Paradise. All nine of her historical romances have been highly acclaimed, and four of them, including the first three novels in the "Bragg" saga Innpocent Fire, Firestorm, and Violet Fire have won six awards from Romantic Times and Affaire de Coeur. She has also won three industry awards for her trendsetting promotional bookmarks from Affaire de Coeur. Brenda Joyce is currently working on her next novel.