Sharks in the Time of Saviors: A Novel (Hardcover)

By Kawai Strong Washburn
$27.00
On Our Shelves Now

Kawai Strong Washburn beautifully weaves magical realism together with a family saga in this sensational debut. You’ll be transported to the land of ancient Hawaiian gods and feel the salt of ocean air stick to your skin with Washburn’s prose. It is a story of hope, tragedy, identity, and love rolled into one gorgeous package. - Rachel

“Sharks in the Time of Saviors is one of the best pieces of contemporary fiction I’ve had the pleasure to read. The fact that the book takes place in Hawaii makes it even more special. The author provides the reader with a unique ‘chicken skin’ experience. The book captures contemporary Hawaii’s history over the past 20+ years, including the socioeconomics of race and being Hawaiian, income disparity, housing issues, family issues, and the diaspora that affects so many families in Hawaii who are unable or unwilling to deal with the cost of living. Truly a master work of art.”
— Benjamin "Buddy" Bess, Da Shop, Honalulu, HI

Sharks in the Time of Saviors is a groundbreaking debut novel that folds the legends of Hawaiian gods into an engrossing family saga; a story of exile and the pursuit of salvation from Kawai Strong Washburn.

“Old myths clash with new realities, love is in a ride or die with grief, faith rubs hard against magic, and comic flips with tragic so much they meld into something new. All told with daredevil lyricism to burn. A ferocious debut.”
—MARLON JAMES, author of Black Leopard, Red Wolf

“So good it hurts and hurts to where it heals. It is revelatory and unputdownable. Washburn is an extraordinarily brilliant new talent.”
—TOMMY ORANGE, author of There There

In 1995 Kailua-Kona, Hawaii, on a rare family vacation, seven-year-old Nainoa Flores falls overboard a cruise ship into the Pacific Ocean. When a shiver of sharks appears in the water, everyone fears for the worst. But instead, Noa is gingerly delivered to his mother in the jaws of a shark, marking his story as the stuff of legends.

Nainoa’s family, struggling amidst the collapse of the sugarcane industry, hails his rescue as a sign of favor from ancient Hawaiian gods—a belief that appears validated after he exhibits puzzling new abilities. But as time passes, this supposed divine favor begins to drive the family apart: Nainoa, working now as a paramedic on the streets of Portland, struggles to fathom the full measure of his expanding abilities; further north in Washington, his older brother Dean hurtles into the world of elite college athletics, obsessed with wealth and fame; while in California, risk-obsessed younger sister Kaui navigates an unforgiving academic workload in an attempt to forge her independence from the family’s legacy.

When supernatural events revisit the Flores family in Hawai’i—with tragic consequences—they are all forced to reckon with the bonds of family, the meaning of heritage, and the cost of survival.

Kawai Strong Washburn was born and raised on the Hamakua coast of the Big Island of Hawai‘i. His work has appeared in Best American Nonrequired Reading, McSweeney’s, and Electric Literature’s Recommended Reading, among other outlets. He was a 2015 Tin House Summer Scholar and 2015 Bread Loaf work-study scholar. Today, he lives with his wife and daughters in Minneapolis. Sharks in the Time of Saviors is his first novel.

"With prose that can be breathy and sweaty in one paragraph before gliding softly and tenderly into the next, this passionate writer cries out for us to see Hawaii in its totality: as a place of proud ancestors and gods and spirits, but also of crumbling families and hopelessness and poverty. Of mystery and beauty at every corner."
—IMBOLO MBUE, The New York Times Book Review

“Sweeping, effervescent . . . One of the primary delights of this novel is the singular voice that Washburn creates for each of his narrators. He writes with verve and laces their language with wit and Hawaiicisms . . . This novel graces the reader with the spirit of Hawaii, from its fragrant forests to its cultural traditions, and feels, despite its undercurrent of sadness, like a dose of tropical sun.”
—JENNY SHANK, Minneapolis Star Tribune

“Washburn’s standout debut provides a vivid portrait of Hawaiian identity, mythology, and diaspora . . . a unique and spirited depiction of the 50th state and its children.”
—Publisher's Weekly

“Sharks in the Time of Saviors is the novel you never knew you were waiting for. Old myths clash with new realities, love is in a ride or die with grief, faith rubs hard against magic, and comic flips with tragic so much they meld into something new. All told with daredevil lyricism to burn. A ferocious debut.”
—MARLON JAMES, author of Black Leopard, Red Wolf

“Sharks in the Time of Saviors bursts with life. It is bright and beautifully noisy. It’s so good it hurts and hurts to where it heals. It is revelatory and unputdownable. Washburn is an extraordinarily brilliant new talent. This family saga is shark tooth sharp. Its pages shoot off crackles and sparks, and you come out of it changed. It is sublime.”
—TOMMY ORANGE, author of There There

"Sharks in the Time of Saviours is a brilliant novel and one of the most engaging and memorable books I’ve read this year. Sentences sparkle, the narrative voices remain distinctive and complete, and the deep notes of magic sound under the realism of poverty and loss. I didn’t want it to end."
—SARAH MOSS, author of Ghost Wall

"Sharks in the Time of Saviours is a story of trauma passed down through the generations, of how poverty, grief, and broken dreams weave their way through the lives of one family. Yet it is a story told with joy, even humour, in lyrical, hypnotic prose that will stay with you long after you turn the last page."
—TAHMIMA ANAM, author of A Golden Age

“Sharks in the Time of Saviors is a lush, virtuosic novel with breathless scope and lasting depth. Kawai Strong Washburn’s vision is searing, his talent explosive, his heart beating loud and proud on every page.”
—CLAIRE VAYE WATKINS, author of Gold Fame Citrus

“Sharks in the Time of Saviors is the story of a family, a people, and a legend, all wrapped in one. Faith and grief, rage and love, this book pulses with all of it. Kawai Strong Washburn makes his debut with a wealth of talent and a true artist's eye.”
—VICTOR LAVALLE, author of The Changeling

“How do we confront our own deepest mysteries? Kawai Strong Washburn’s Sharks in the Time of Saviors is a feverish, booming orchestra of a novel that leaps off the cliff’s edge into a world of delirious strangeness, fury, and hope. Read it for its tour de force storytelling. Read it because it is, quite simply, endlessly, mesmerizing.”
—PAUL YOON, author of Snow Hunters

“Kawai Strong Washburn has written one of the finest debut novels I’ve read in years, a story about the resilience of family and resilience of home—a story at once lucid, original and transcendent. There is something of a Denis Johnson quality to Washburn’s writing, the way every sentence dances, moves in unexpected ways. Sharks in the Time of Saviors is a piece of magic.”
—OMAR EL AKKAD, author of American War

“Kawai Strong Washburn has written the great Hawaiian novel. He is a virtuoso who will dizzy and enchant you with sentences that are crazy lyrical but never distract from the raw, comic, devastating, loving familial magic that is the heart of the book. Sharks in the Time of Saviors is a volcanic powerhouse of a debut.”
—BENJAMIN PERCY, author of Red Moon 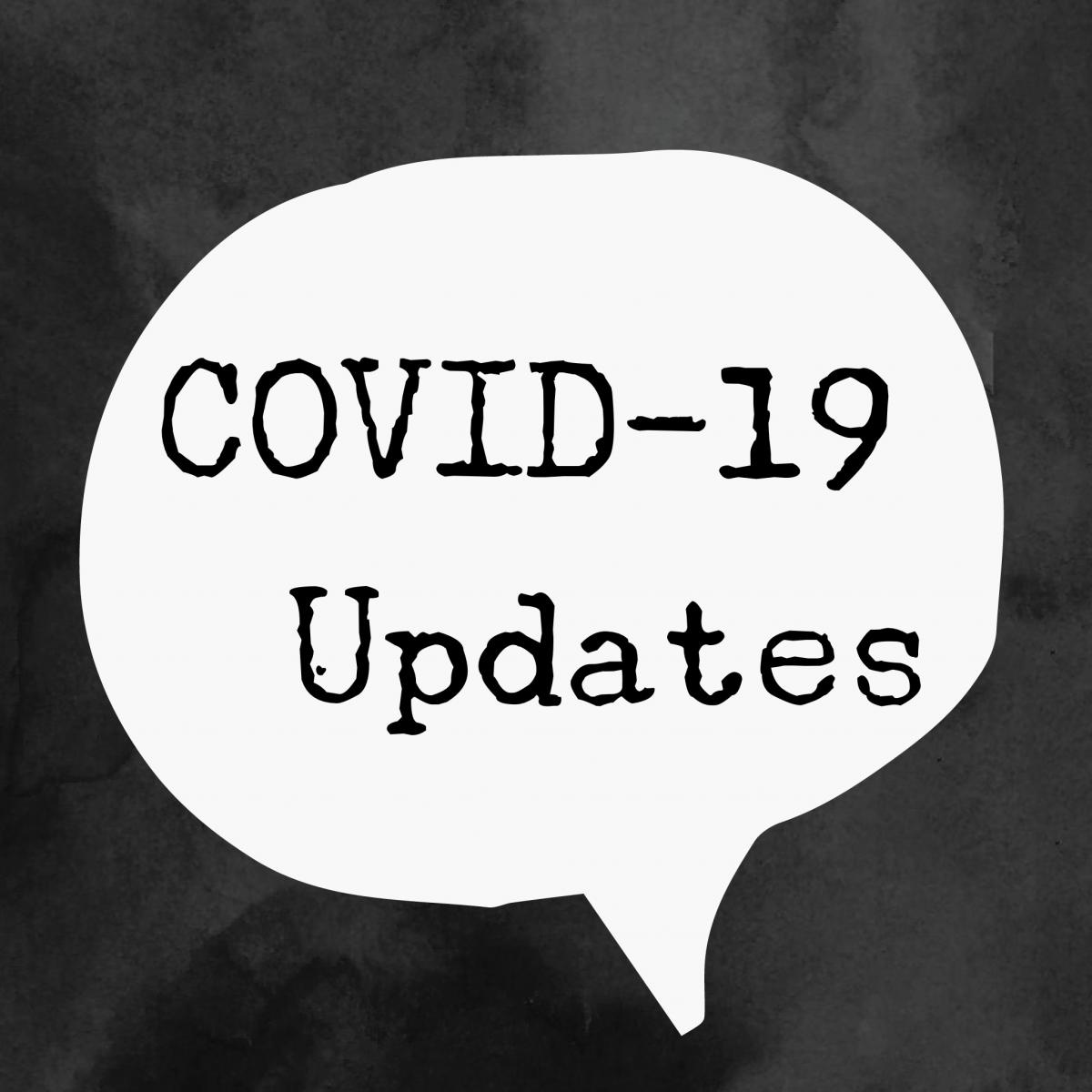