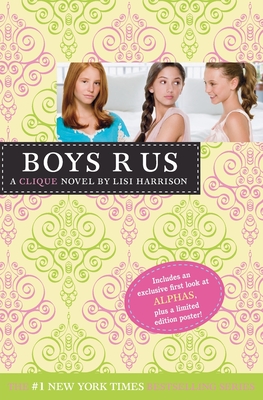 This is book number 11 in the The Clique series.

Massie Block: After disbanding the Pretty Committee, Massie takes charge like Visa, forming OCD's hawtest clique yet: Massie And Crew. Even though money can't buy love, it can buy new friends . . . or at least model-actresses who will act like your besties until you get real ones. Lights, camera, MACtion!Alicia Rivera: Hearts her new role as alpha of the Soul-M8s, BOCD's first ever boy-girl clique. But when the boys head back to the newly renovated Briarwood Academy, will the remaining Soul-M8s become 4Squares?Dylan Marvil: Is happy times ten to finally have a crush who's crushing back, especially since they luh-v all the same things: marshmallows, lip-kissing, and chugging Red Bull. Buuuuuuuuurrrrrrrp!Kristen Gregory: Scored three goals on the soccer field last week-and Massie's crush . . . which earned her an ejection from her ex-BFF's heart. Can Massie forgive and forget, or is Kristen out of the game forever?Claire Lyons: Has declared herself neutral in the battle of the cliques. But dividing her time among Massie, the Soul-M8s, and Cam has left her stretched thinner than extra-small Spanx. Can she get her friends to reunite, or will she be forced to pick a side once and for all?The Clique . . . the only thing harder than getting in is staying in.

Lisi Harrison is the author of The Clique, Alphas and Monster High series. She was the Senior Director of Production Development at MTV and Head Writer for MTV Production. Lisi is currently pretending to write her next novel.