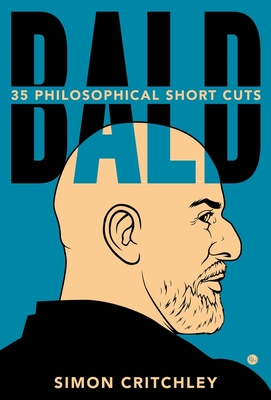 By Simon Critchley
$25.00
Email or call for price

"A genial exercise in public philosophy" (Kirkus, starred review) from one of the world's best-known popular philosophers

The moderator of the New York Times’ Stone column and the author of numerous books on everything from Greek tragedy to David Bowie, Simon Critchley has been a strong voice in popular philosophy for more than a decade. This volume brings together thirty-five essays, originally published in the Times, on a wide range of topics, from the dimensions of Plato’s academy and the mysteries of Eleusis to Philip K. Dick, Mormonism, money, and the joy and pain of Liverpool Football Club fans. In an engaging and jargon‑free style, Critchley writes with honesty about the state of world as he offers philosophically informed and insightful considerations of happiness, violence, and faith.

Stripped of inaccessible academic armatures, these short pieces bring philosophy out of the ivory tower and demonstrate an exciting new way to think in public.

Simon Critchley is the Hans Jonas Professor of Philosophy at the New School for Social Research and the moderator of the New York Times’ Stone column. He is a board member of the Onassis Foundation, and his most recent book is Tragedy, the Greeks, and Us. He lives in Brooklyn, NY.

“A genial exercise in public philosophy by an admittedly tonsorially challenged practitioner. . . . Ever current, Critchley closes with a meditation on Covid-19 and the anxieties it induces, which he encourages his readers to grapple with rather than self-medicate away. Along his path, he pauses to wonder whether philosophy has progressed at all over the centuries; to appreciate David Bowie’s final album, Blackstar, which ‘he reportedly planned as a message to his fans from beyond the grave’; and to allow, with Pascal, that we’re weak and wretched beings but eminently improvable.”—Kirkus Reviews, starred review

"Simon Critchley is an international treasure—that rare and real philosopher who embraces Rousseau’s ‘feeling of existence,’ David Bowie’s vision of love, and Philip K. Dick’s genius with genuine wrestling and a soulful smile! He enacts the truth in skepticism and the power of compassion without paralysis or illusion.’’—Cornel West, Harvard University

“What is philosophy? An endless succession of puzzles and parables? An attempt to understand ourselves, our language, the world around us? Simon Critchley shows us that the answer is all of the above. Indeed, we might think of philosophy as the inexorable study of unanswerable questions. Bald offers an incredibly enjoyable and endlessly fascinating excursion. It’s turtles all the way down.”—Errol Morris

“Wise and funny; Critchley covers a remarkable range of topics from Plato to football, Hamlet to religion, Dostoevsky to God. A book to immerse yourself in, or dip in and savour.”—David Edmonds, author of The Murder of Professor Schlick