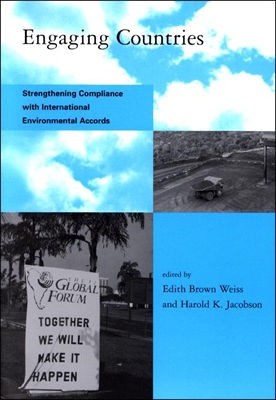 Treaties and other international accords are a primary means of dealing with environmental problems involving two or more countries. Despite this, we know very little about what happens after states sign and become parties to such accords. This study systematically examines how states implement and comply with international environmental accords. The culmination of a massive theoretically based empirical research project, it shows how and why implementation and compliance vary among countries and treaties and change over time. It also analyzes the factors that affect the extent of compliance and offers prescriptions for strengthening national compliance with international accords. The book focuses on compliance in eight countries (Brazil, Cameroon, China, Hungary, India, Japan, the Russian Federation, and the United States) and the European Union and on five major accords: the UNESCO Convention for the Protection of the World Cultural and Natural Heritage (1972), the International Maritime Convention on the Prevention of Marine Pollution by Dumping of Wastes and Other Matters (1972), the Convention on International Trade in Endangered Species (1973), the International Tropical Timber Agreement (1983), and the Montreal Protocol on Substances That Deplete the Ozone Layer (1987). This pioneering venture will be a major resource for scholars interested in compliance in general, in international environmental issues, and in international law.