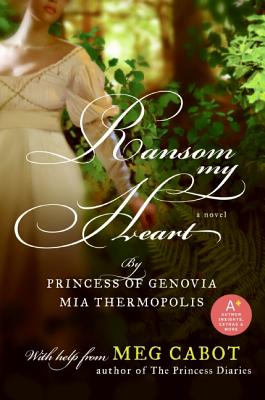 He's a tall, handsome knight with a secret. She's an adventurous beauty with more than a few secrets of her own. Finnula needs money for her sister's dowry, and fast. Hugo Fitzstephen, returning home to England from the Crusades with saddlebags of jewels, has money, and lots of it. What could be simpler than to kidnap him and hold him for ransom?

Well, for starters, Finnula could make the terrible mistake of falling in love with her hostage.

Princess Mia Thermopolis, Meg Cabot's most beloved character, has always been an outspoken animal-rights activist and committed environmentalist. In keeping with Mia's true spirit, Meg will be donating her advance to Greenpeace.

Meg Cabot’s many books for both adults and tweens/teens have included multiple global and #1 New York Times bestsellers, selling over twenty-five million copies worldwide. Her Princess Diaries series has been published in more than 38 countries and was made into several hit films by Disney. Meg is still waiting for her real parents, the king and queen, to restore her to her rightful throne. She currently lives in Key West, FL, with her husband and various cats.